16 August 2018:   Lex and I are on a road trip for a few months, which could mean I write posts more often – or not! We left Darwin about 10 days ago with a tent, sleeping bags and some camping gear in our Prado. We’re travelling in company, for the first stage, with old friends Patsy and Richard Creswick, who sailed out of Darwin with us exactly 10 years ago on board Malaika, on our way to Ambon and beyond. First stop was the campground at the Victoria River Wayside Inn, which used to be my local pub in the 70s when I lived at Fitzroy Station. The old bridge used to go underwater every couple of wet seasons (I recall being stuck on the wrong side a few times) but a very tall, very new one has replaced it. 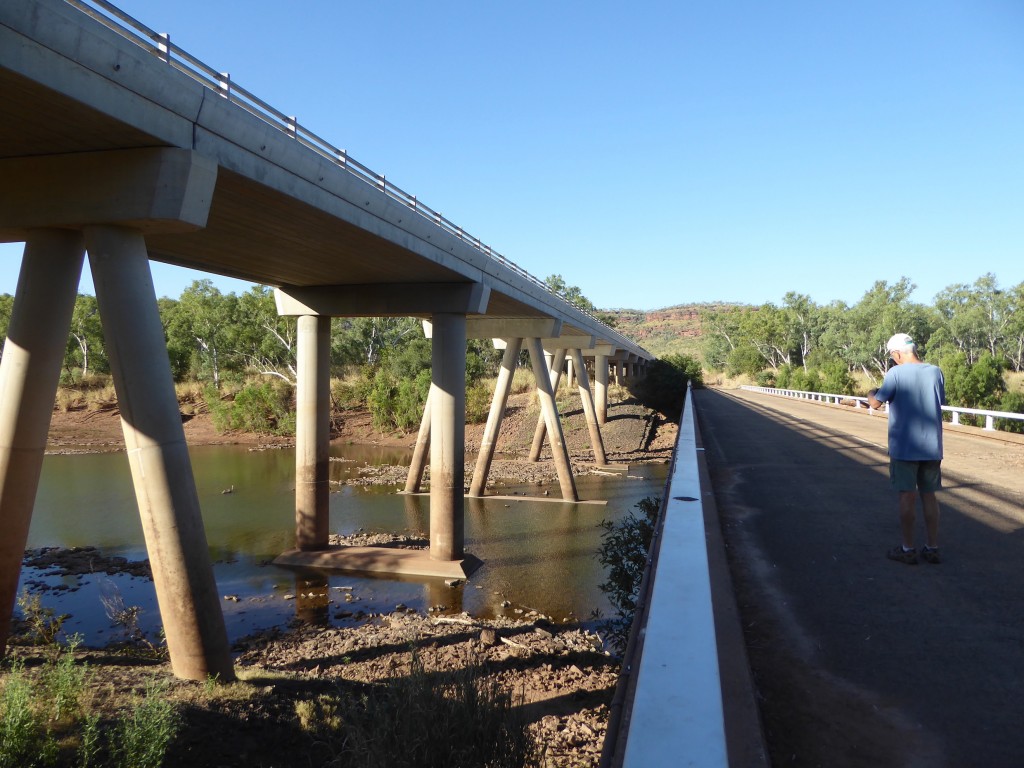 It was very nostalgic, being back in this country after so long. The roads and bridges may have changed but the country hasn’t. I’d forgotten how beautiful this part of the NT is – photos just don’t do it justice. We stopped at Timber Creek and paid a visit to old Les Little’s resting place. He was an old man on Bradshaw Stn when I was there in the late 70s. Timber Creek has changed completely, and the old pub was knocked down and rebuilt – nothing looked the same at all, except for old Les. But that’s life. 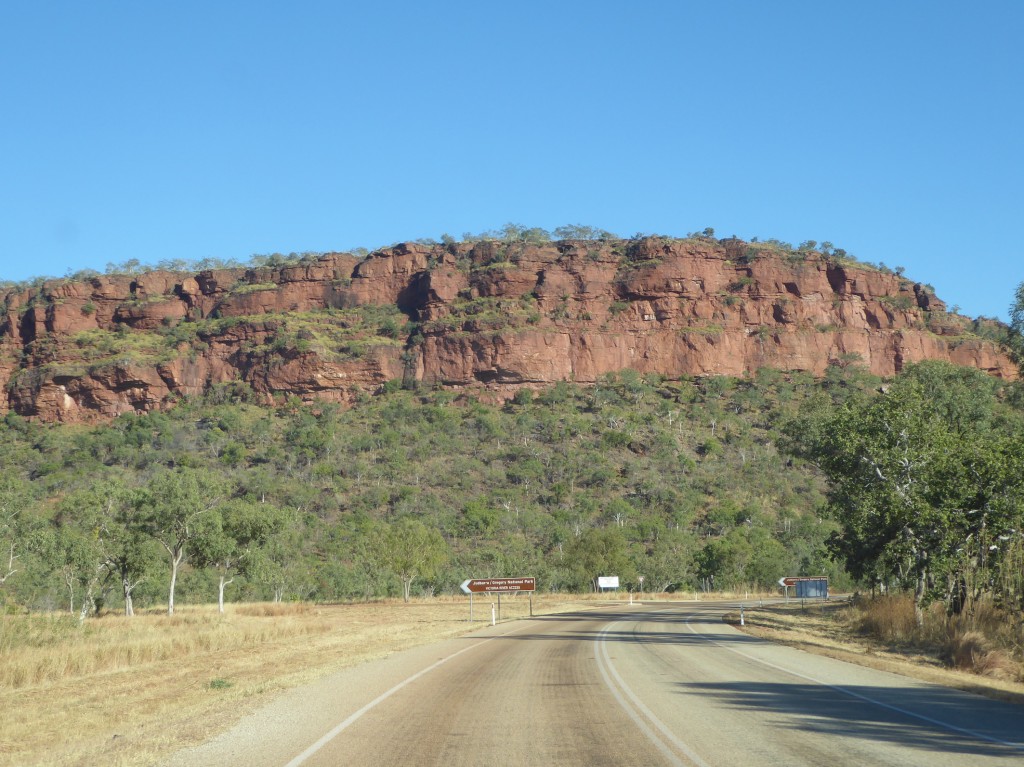 Our next stopovers were Keep River National Park, Parry’s Creek Farm near Wyndham, and then Fitzroy Crossing. Keep River was a find, and one we’ll go back to on a local trip to explore further. At Fitzroy Crossing, we walked along the ancient limestone reef at Geike Gorge – once the seabed some millions of years ago. The night time temperature kept dropping…  can’t recall being this cold. When we reached Broome, we bought new sleeping bags! Beautiful Broome – the next photos say it all, I reckon. 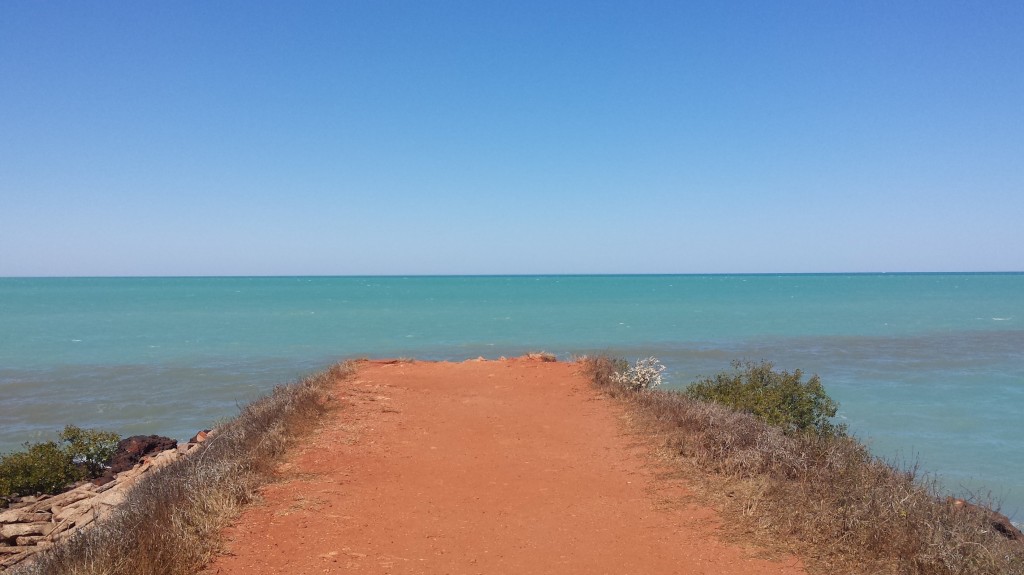 The Indian Ocean has a colour all its own. 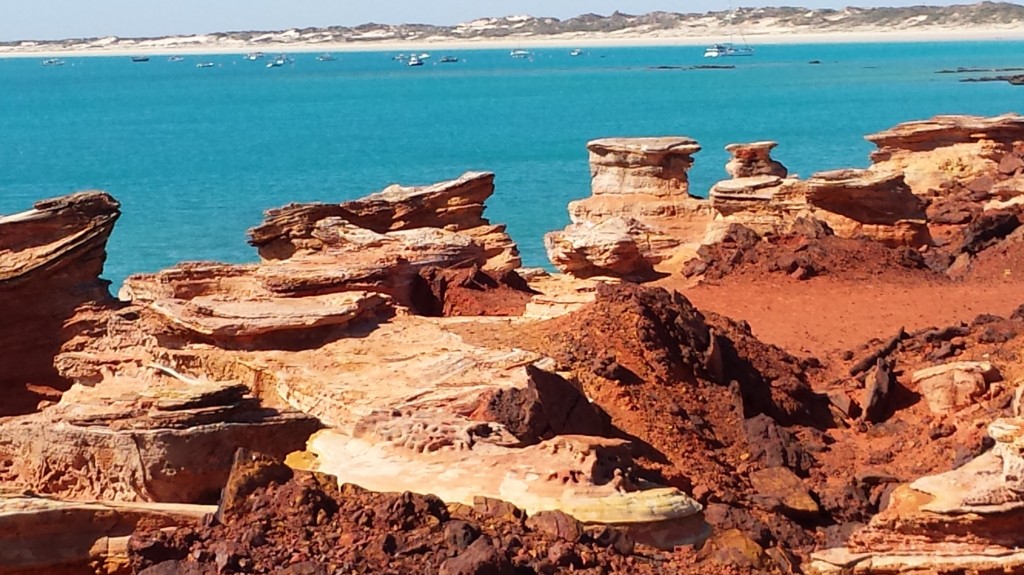 We left Broome – and our friends headed back to Darwin -  and we’re now in Port Hedland, via a couple of days at the famous 80 Mile Beach. I can’t get used to cars driving on the beach! But it’s such a magnificent stretch of white sand and that pale, crystal blue water. This is the first internet access since leaving home so excuse the rushed post. We’re aiming for slow travel this trip, and I hope to get some serious writing done in the quiet spots. It’s also the first time either of us has been along this coast, from Broome to Perth, so we’re taking our time. Karijini National Park, and its seven gorges is next.

4 thoughts on “Anti-clockwise round the country…”