We left Carnarvon, all tricked out with a shiny new windscreen, and hoofed it for the little hamlet of Denham on the eastern side of Shark Bay. It’s a great drive, passing through some very different areas. One part was more like the Painted Desert in the north of Sth Australia than a coastal WA scene. We spent some time up on the lookout – and devastated to find that even here, the thrice-damned noxious weed Rosy Dock is thriving. 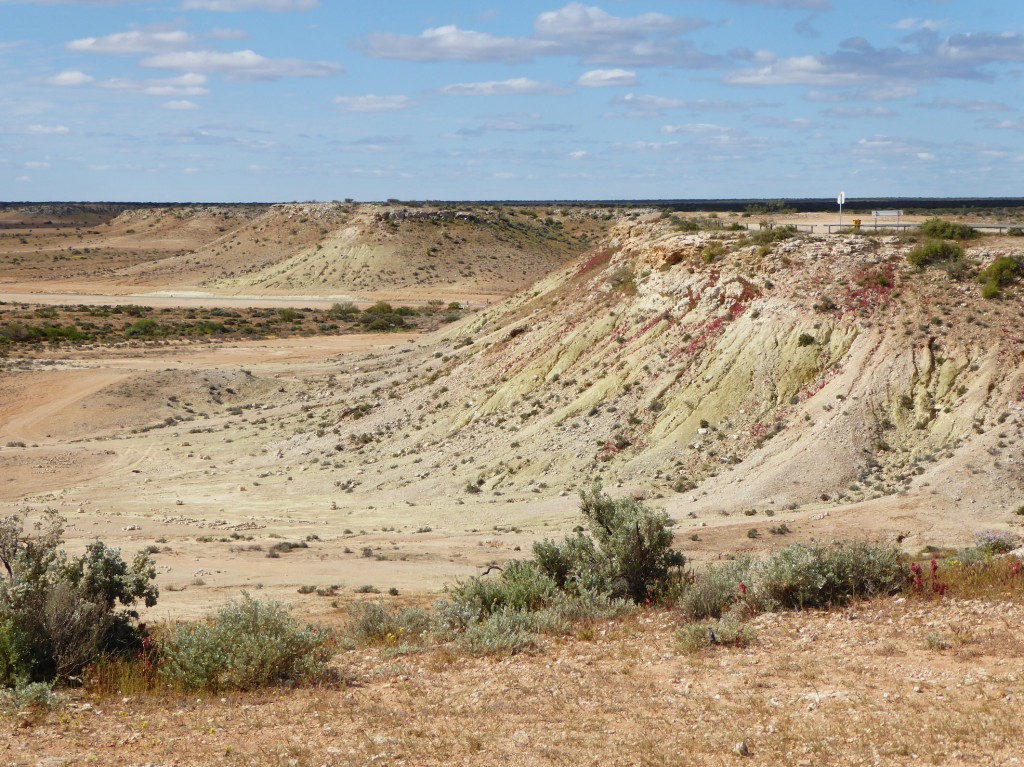 Denham was a welcome sight. This part of WA is not called The Turquoise Coast for nothing! 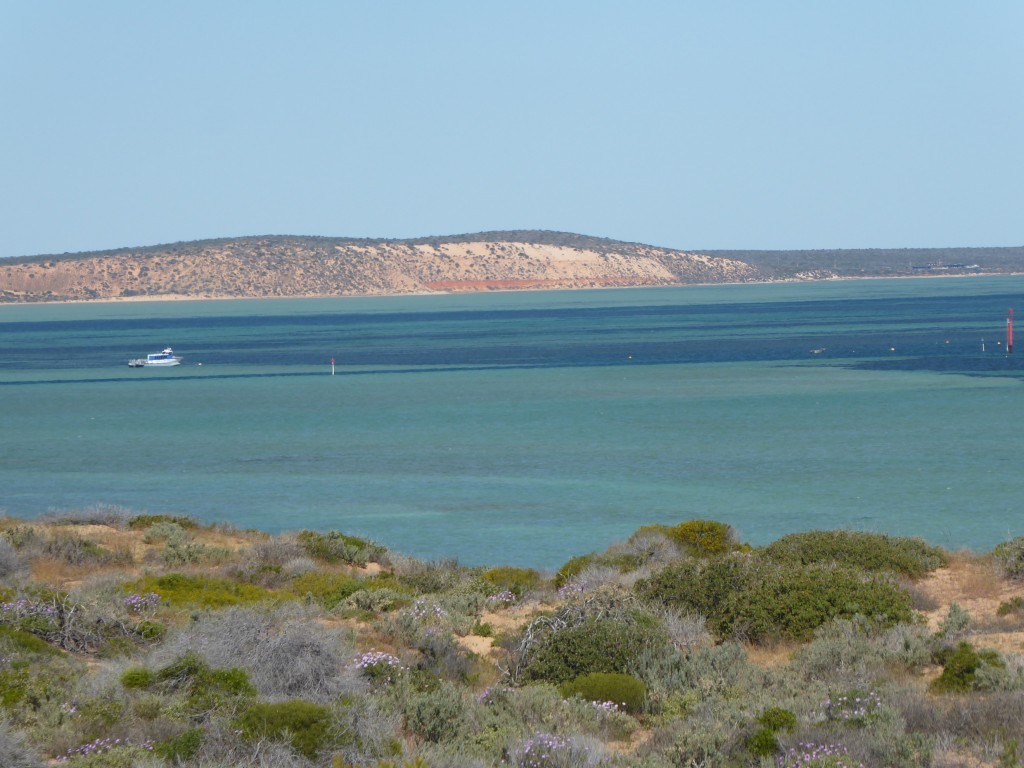 I think we were the ONLY tent in the whole place. The caravanners seemed to find us amusing. But that was okay. It was windy, but not wet.  We had a good look around the area, and next day went to Monkey Mia, the famous dolphin destination. I was afraid it would be very commercial and crass but it wasn’t, probably because it’s run by the Parks people and staffed by volunteers.  There had already been two feedings and it was unlikely any dolphins would come along now. (They only feed one or two of the dolphins a single fish so their natural hunting instincts are not changed.) However some unfed dolphins came by and entertained us for an hour or two. Everyone stands in the water, and the volunteers have a bucket with a fish in it. The dolphins cruise back and forth eyeing the onlookers, trying to time their appointment with the fish for the moment the pelicans are distracted. The pelicans are so greedy and aggressive! Makes for some interesting experiences when they shove their way through the people along the shore. 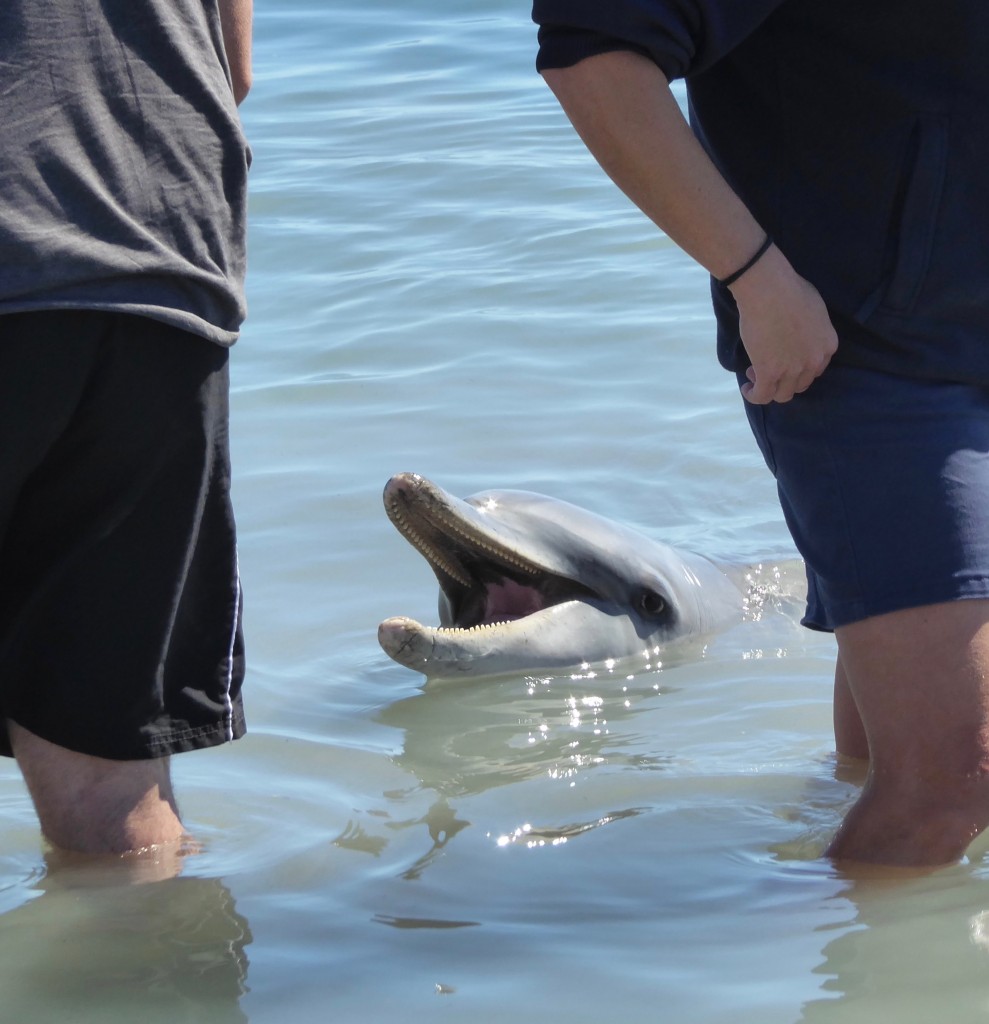 I was interested to see Denham, mainly because it’s the furthest west town in Australia. It was named after a British commander who surveyed the area in the 1800s. Steep Point is the actual westernmost point on the mainland, but the road was closed so we couldn’t go there. Denham is also the surname of my great grandfather, but I don’t think the British naval captain was a close relative… 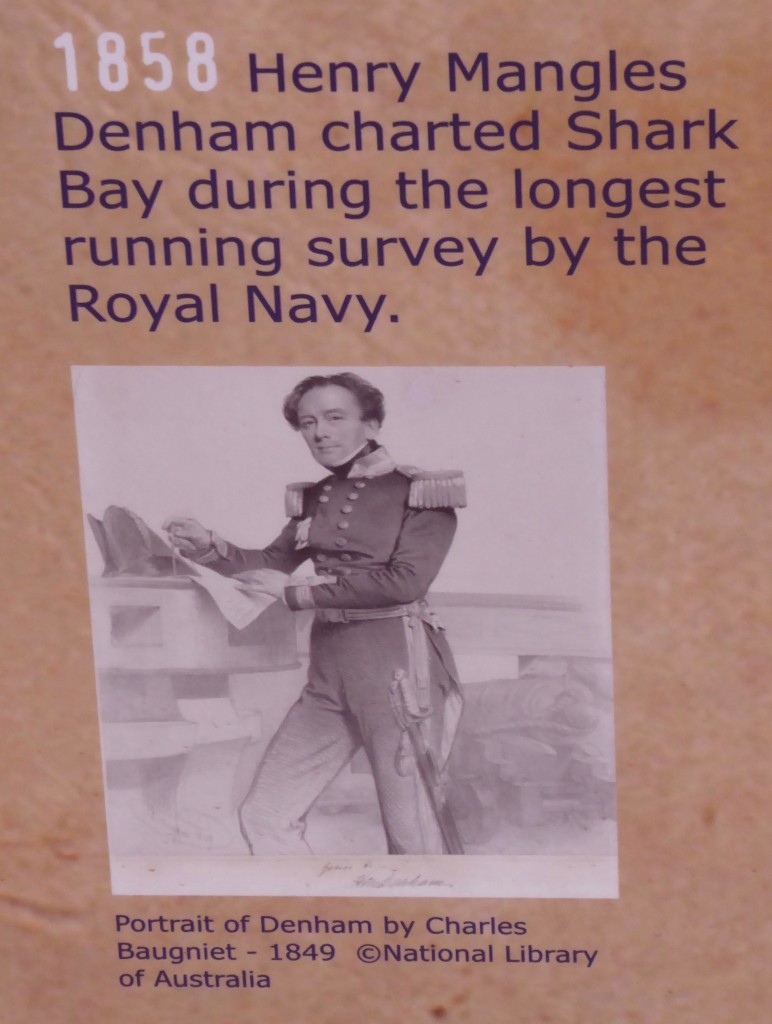 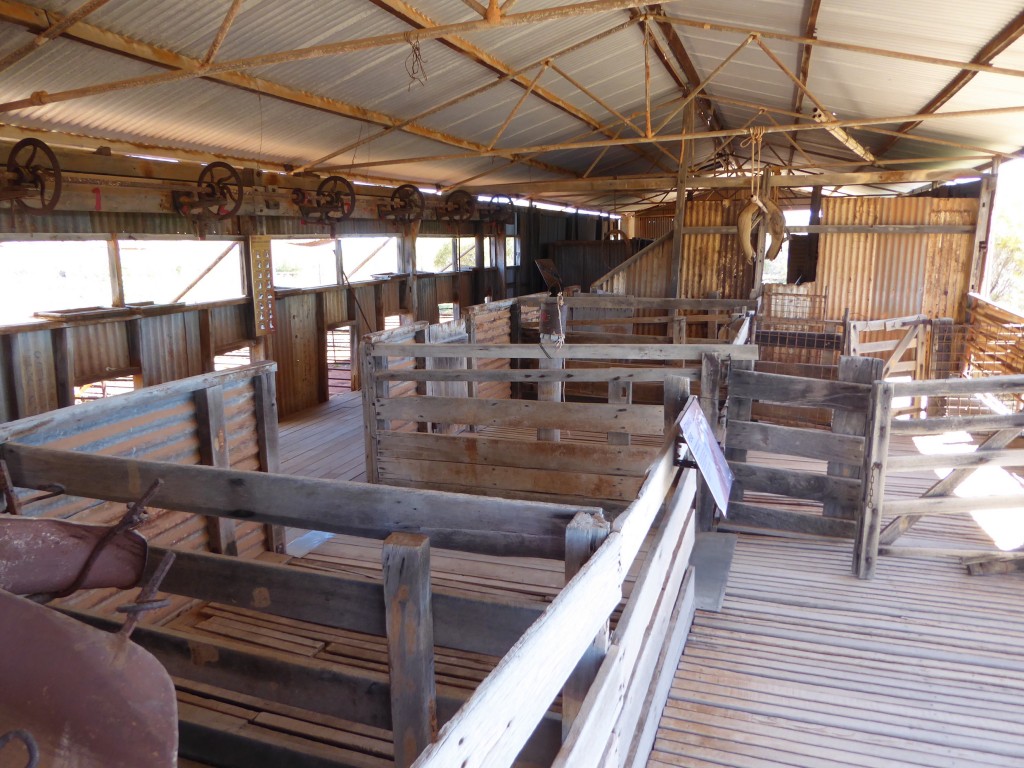 Above: We were surprised to find that, like Carnarvon, sheep used to be a major industry, with the fleece shipped out by State ships from Hamelin Bay until road transport put them out of business. We wondered how anyone managed to raise sheep in that region – not much grass, lots of red sand and scrub. This shearing shed was used into the 1950s. 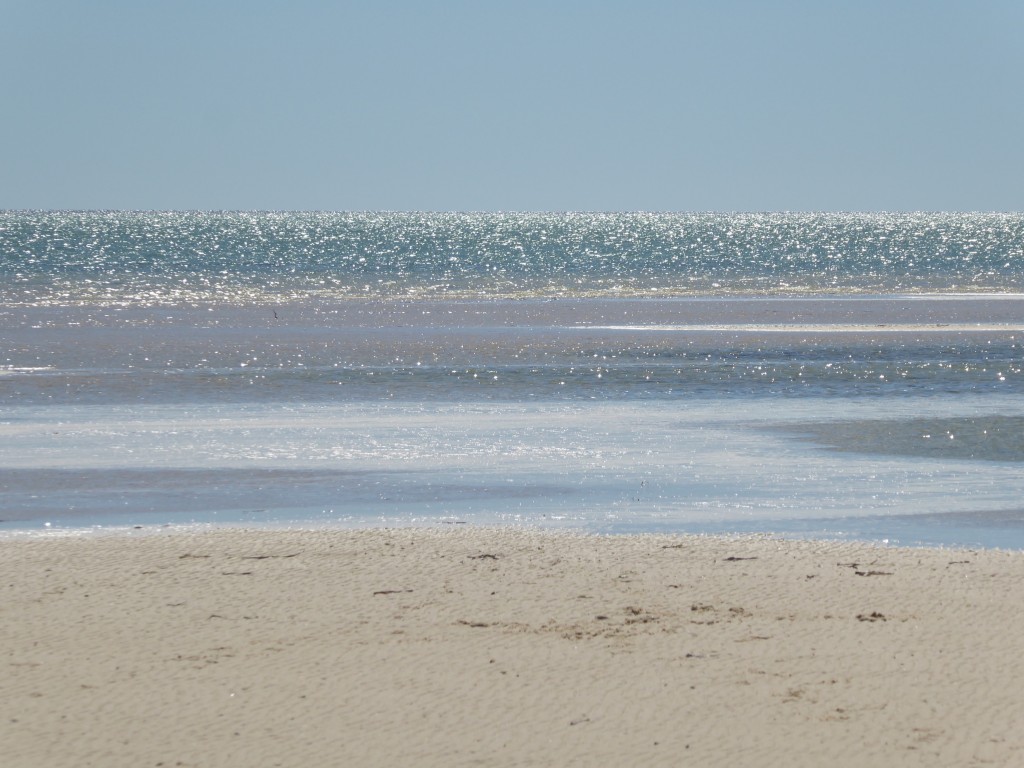 We stopped at a few spots on our way out of Denham. Continuing Australia’s fascination with names that state the bleedin’ obvious (such as Shark Bay, Sandy Cove, Deep Creek, Steep Point…) was Shell Beach. Which is entirely composed of deep drifts of white cockle shells. The little shells eventually compact into a kind of limestone called Coquina. Blocks were quarried out of here years ago for building materials. 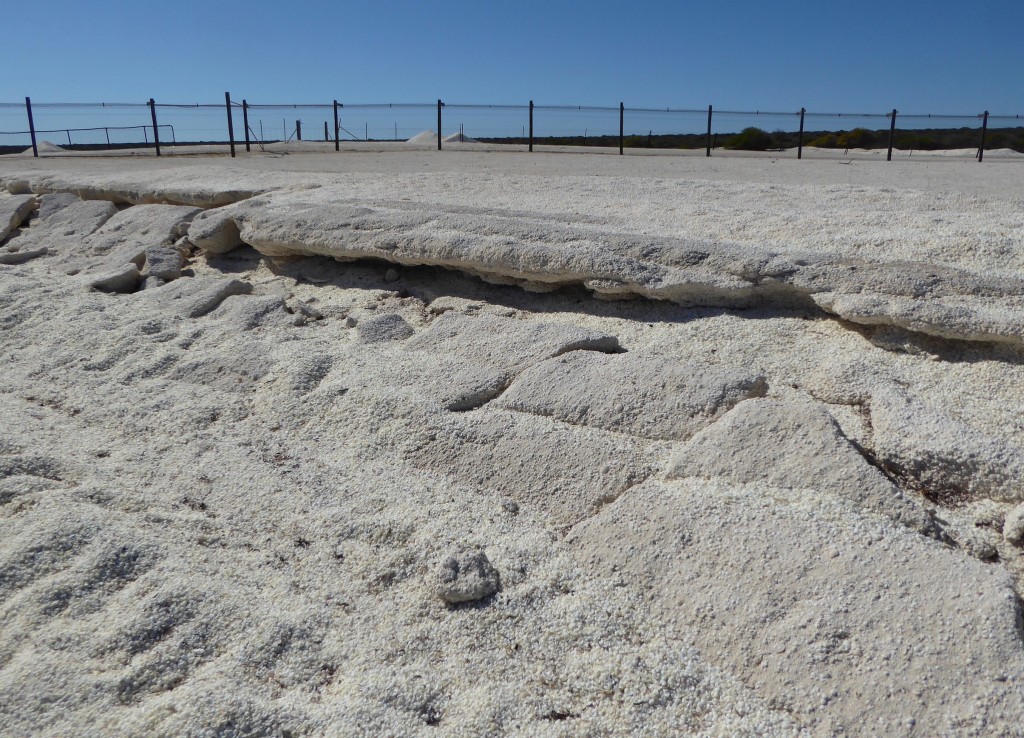 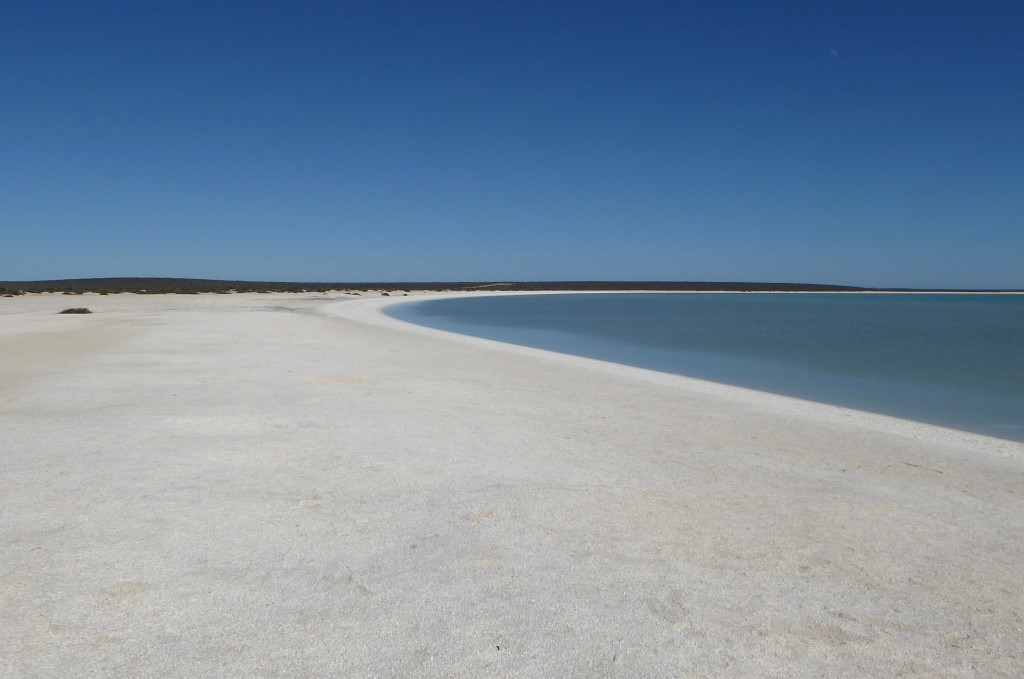 Next was Hamelin Pool, a less obvious name, and not a rat or a piper in sight. At least they didn’t call it Salty Pool.  It’s one of allegedly only four sites of modern stromatolites in the world, ie they’re still growing, albeit rather slowly. The water at Hamelin is hypersaline, twice as salty as sea water. Amazing how life finds a foothold in every niche on the planet, despite man’s best efforts to destroy it. 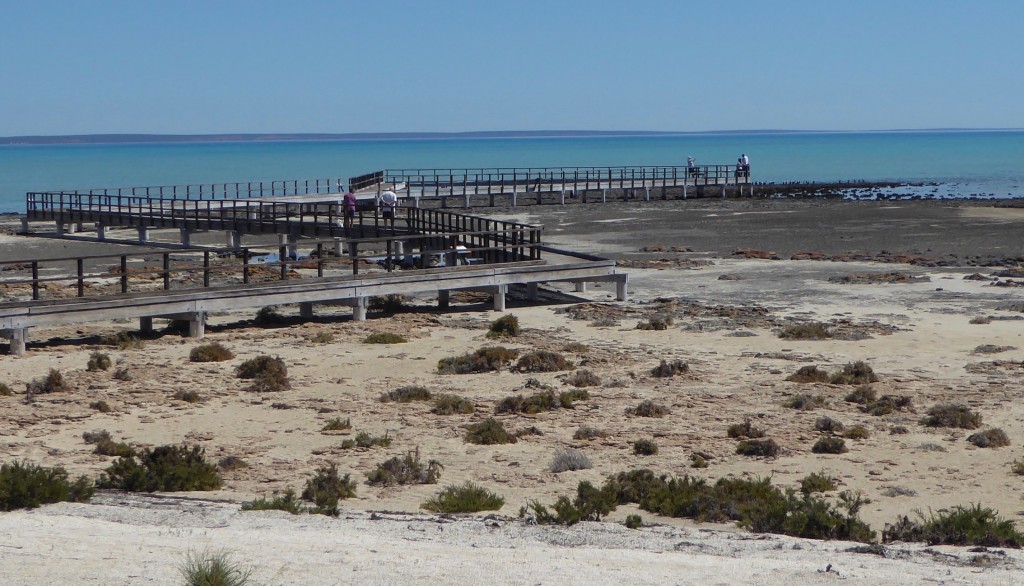 Above: the board walk enables people to see the stromatolites without trampling all over them – they’re like rocks but would be damaged by too many shoes. We’ve been really impressed by the West Australian approach to parks and people. The parks are well organised for enjoyment and exploration without too much interference by rules and regulations, but enough to safeguard the precious environments. 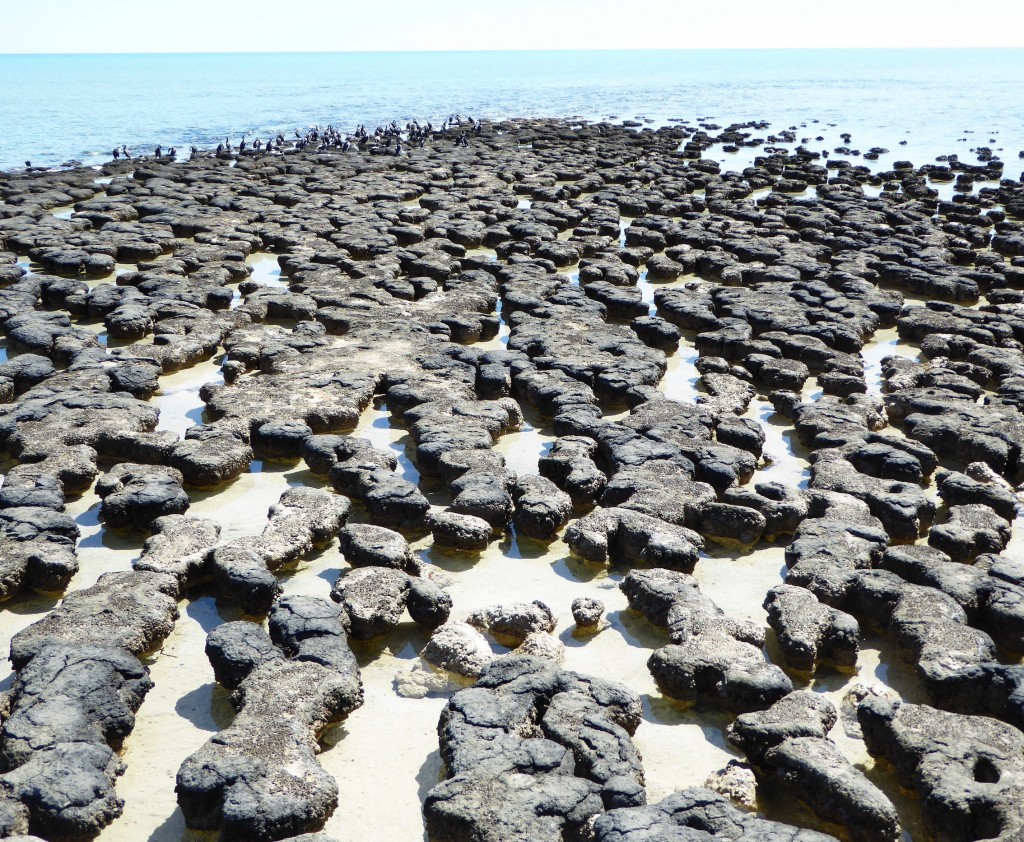 Off to Geraldton next, to find a more rain-proof tent. Does it exist? Will we have to go home waving a white flag? Will we develop an ability to withstand the cold, unseasonal southern spring?? 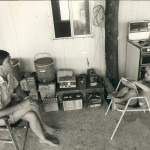