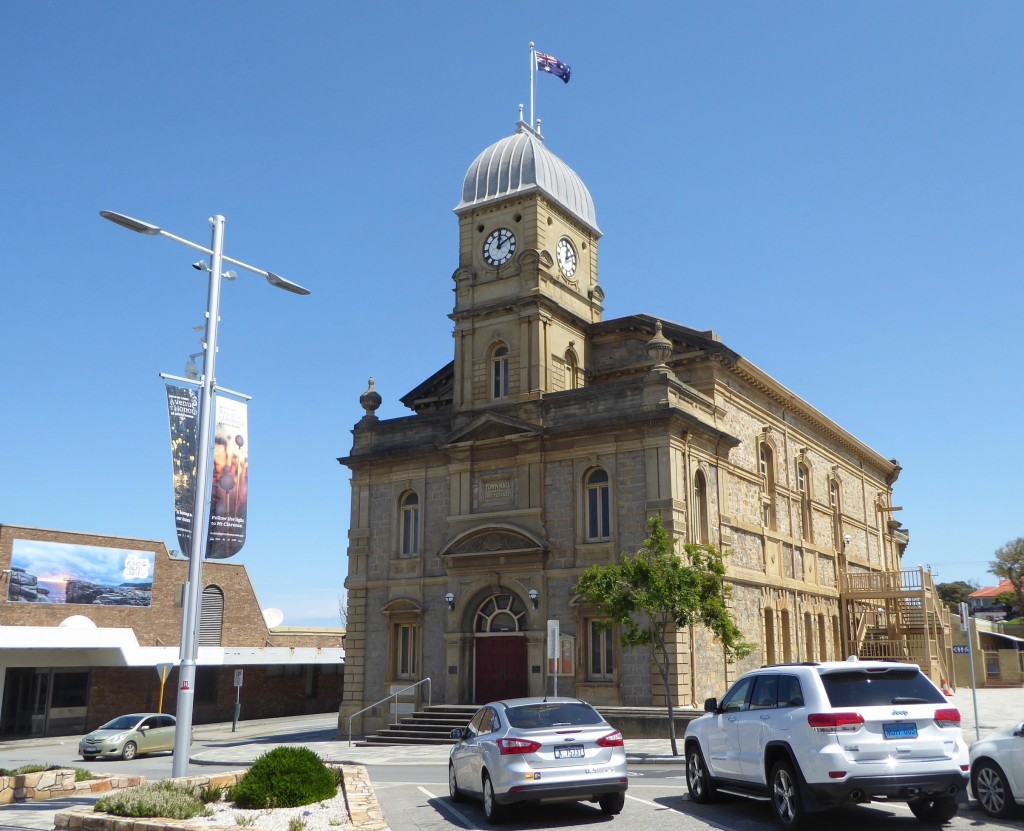 It was freezing when we arrived in Albany, and the wind was blowing the spots off a dog so we left the tent on top of the car and booked into a little cabin instead. (the sunshine in the photos above is very misleading! It was SO cold)

Albany is a very old town, in fact it’s the oldest colonial settlement in Western Australia. It began life as a military garrison in 1826, two years before Perth and Fremantle began, and was established to prevent the French planting any flags along the uninhabited coast. To put that in perspective, Melbourne started in 1836, and the site of Adelaide wasn’t surveyed until 1837.  It’s now a major town on the south coast with a population of about 34,000. 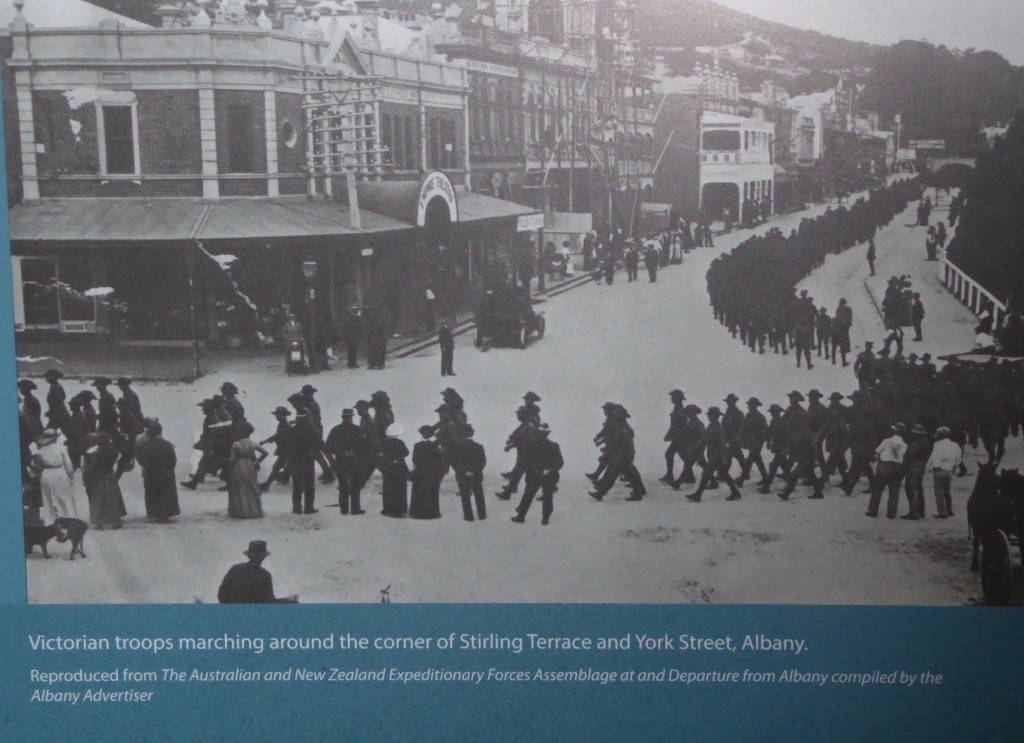 Albany was the last sight of Australia for more than 40,000 soldiers and nurses who boarded ships here from November 1914 to sail to the other side of the world. The National ANZAC Centre opened on Mt Clarence in 2014 to commemorate 100 years since the beginning of WW1, and will mark the centenary of the end of the war on 11 November this year. It’s a beautiful building, and the interactive displays are wonderful. When you arrive you’re given a set of wireless headphones, and a card with the name and photo of someone who took part, such as a soldier, nurse, chaplain etc – who might be Australian, German or Turkish. You follow their experiences in the war through various displays where you listen to an actor reading from their letters home. It’s a very engaging – and moving – way to learn about the people who fought and nursed and died in WW1.  The very first ANZAC day celebration happened at Albany in 1923. 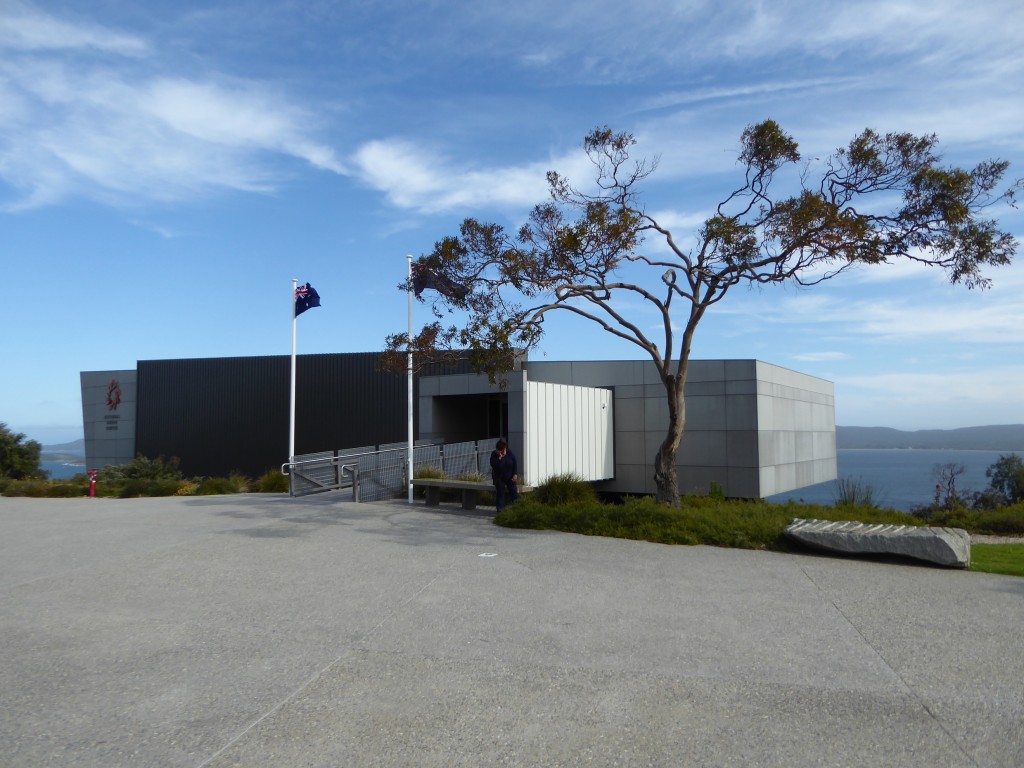 The National ANZAC Centre (above) is a bit like the Tardis – looks small on the outside, but holds much more than you think. We’d heard a lot about the ‘Field of Light’ installation at the Anzac memorial on Mt Clarence. I have to confess to being somewhat underwhelmed by it. There are 16,000 light bulbs planted along both sides of the road leading up to the memorial. I’m not sure what the significance of 16,000 was (and no one could tell me), and it was difficult to see any connection to the memorial at all. It’s certainly pretty at night, changing colour from white to gold, red and green, but that’s not its point, surely? I found walking along the road in the daylight, reading the names of soldiers (many of them so very young) on plaques beneath the trees far more moving than 16,000 lights. 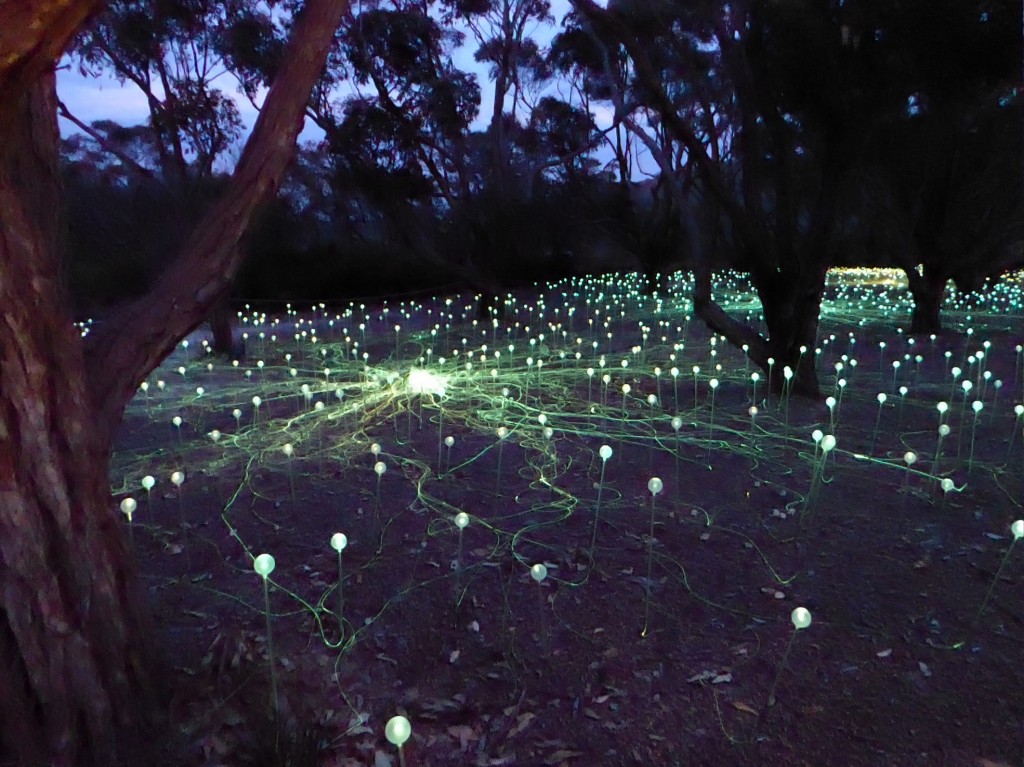 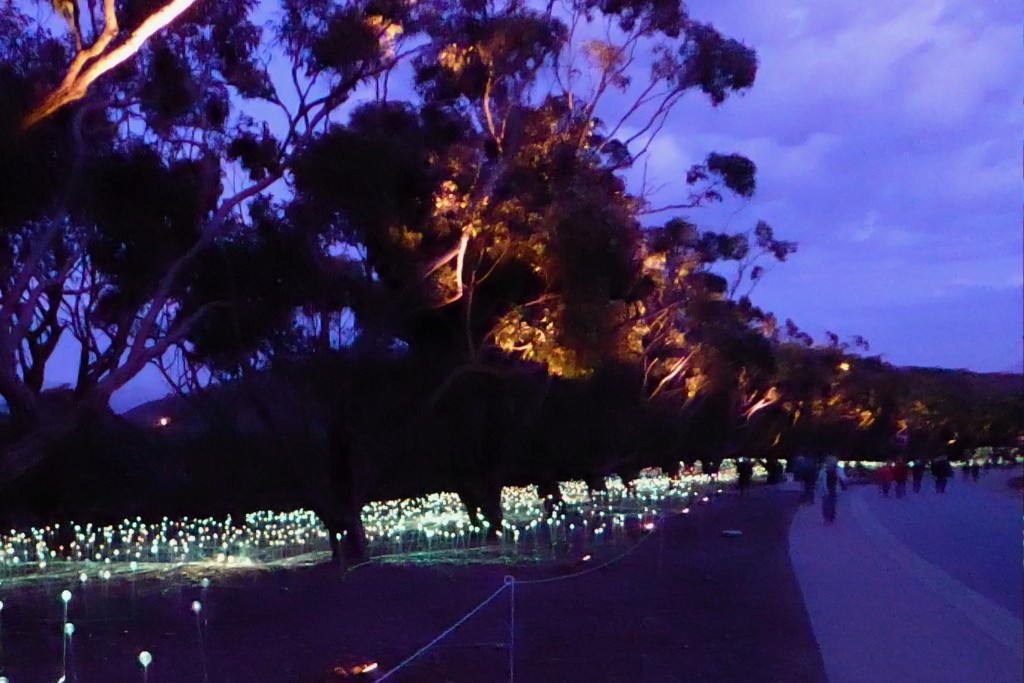 Whaling was a major industry from the early days and it’s hard to believe that it only closed down in 1978. The industrial port exports grain and wood chips, and tourism is an economic mainstay. But Albany’s real resource is its magnificent coast! We were stunned by the sheer beauty of it, in both directions from the city. The harbour is enormous – easy to imagine hundreds of ships at anchor, loaded with soldiers heading for training in Egypt. 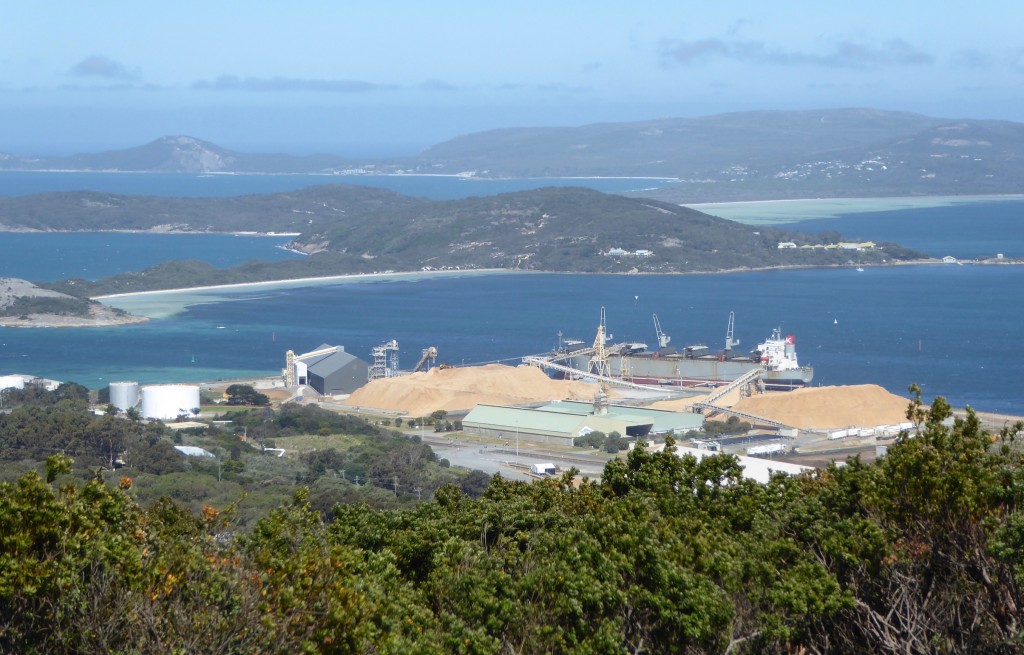 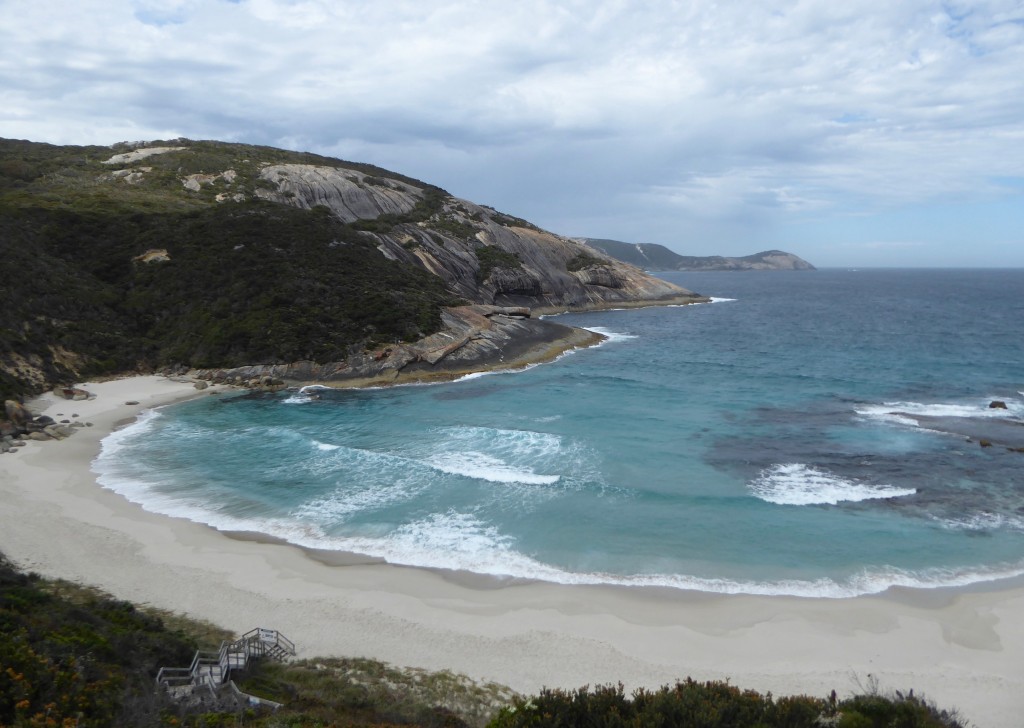 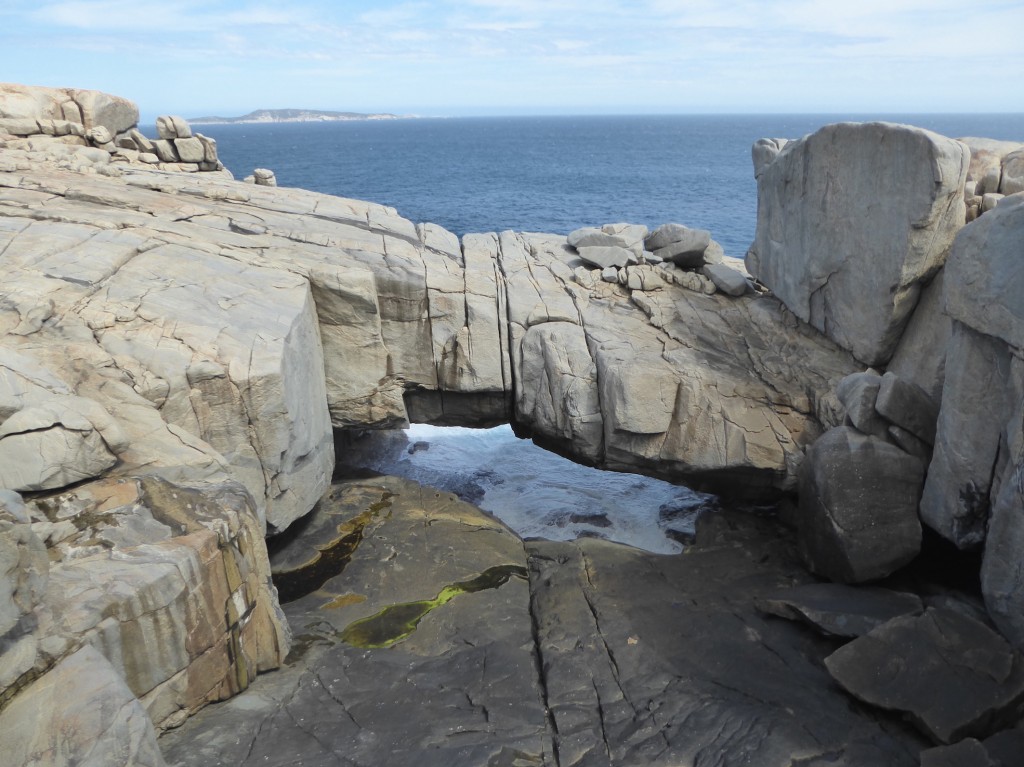 Above is an amazing feature – Natural Bridge, near the whaling station. 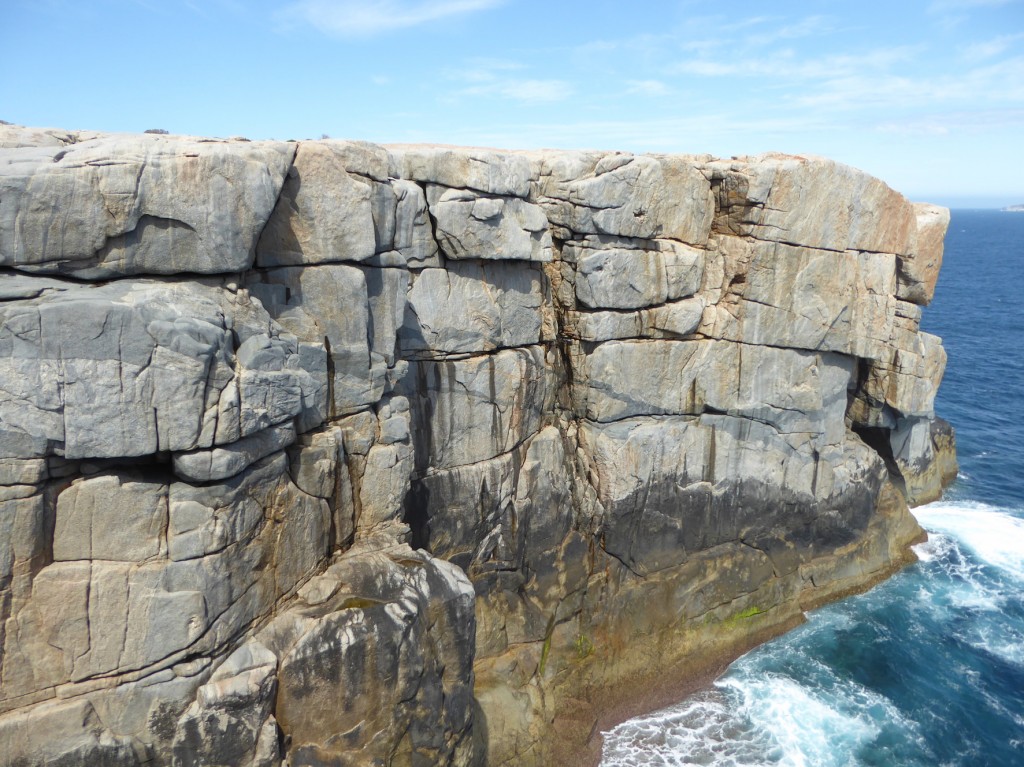 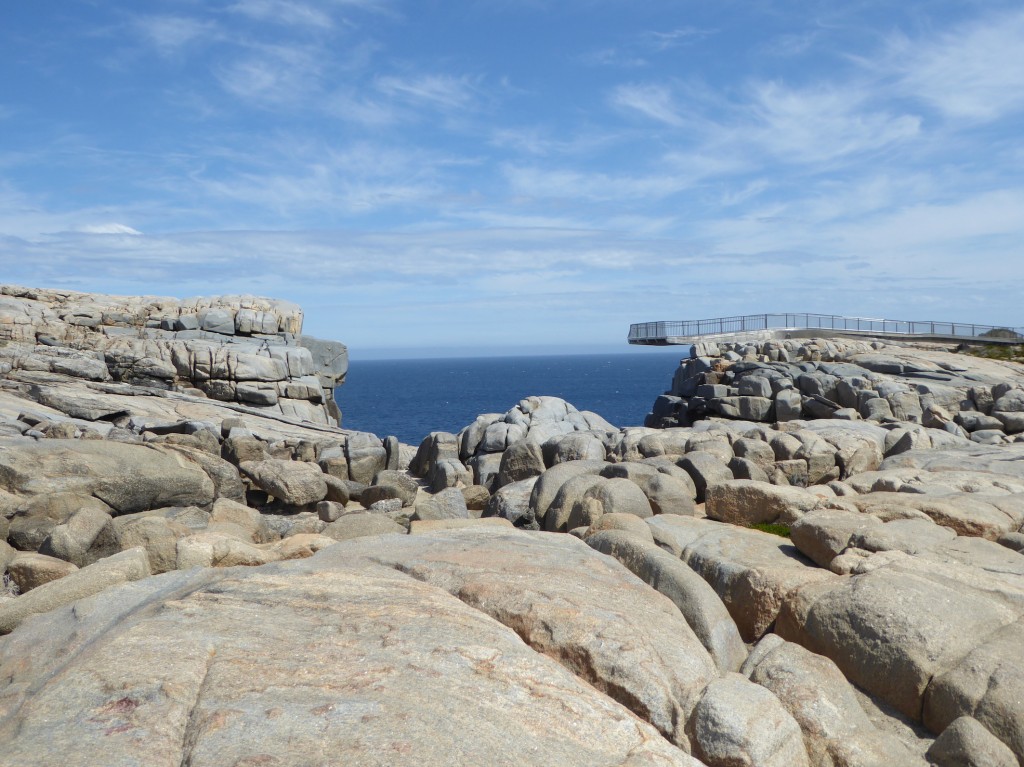 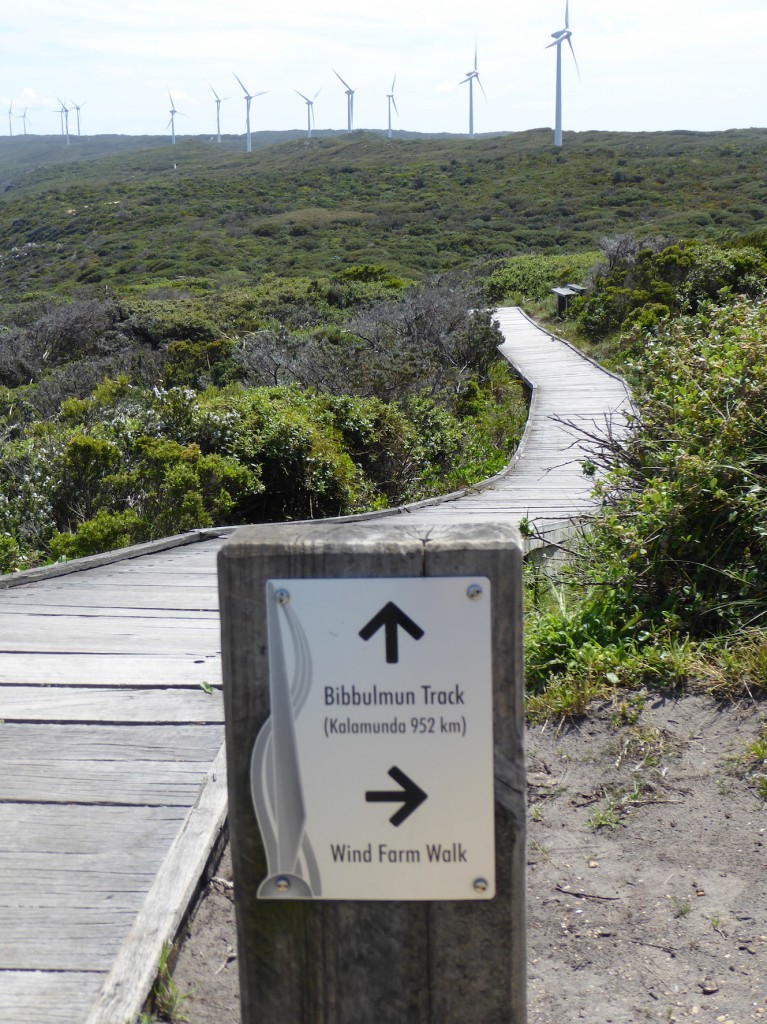 Western Australia makes good use of another natural resource – wind! We’ve seen lots of solar farms as well, and more being constructed. 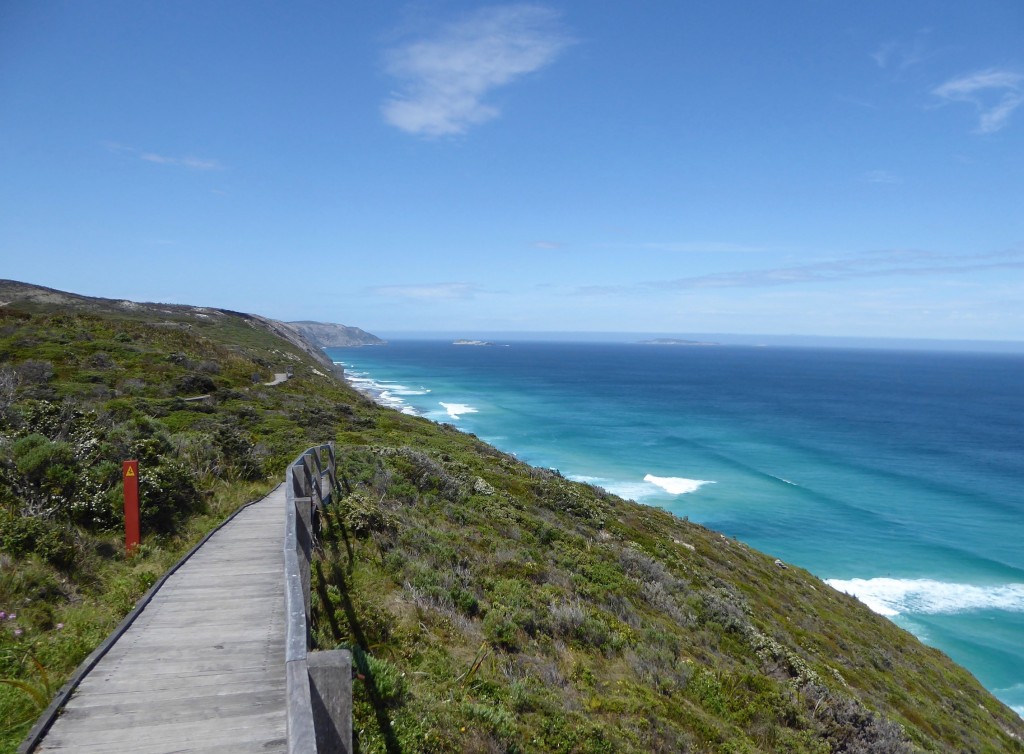 And its biggest natural resource is its magnificent, stunning, breathtaking coastline. I think I may have said this once of twice before on this trip. It’s hard to understand how WA is experiencing a downturn in tourism with such awe inspiring landscapes and natural beauty. We’ve spent three months here, and feel like we’ve only scratched the surface. We’ve also been conducting an intensive coffee survey, and are happy to report that Western Australians know how to make a good coffee. Another draw card!

One thought on “Beautiful, historic Albany” 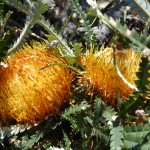