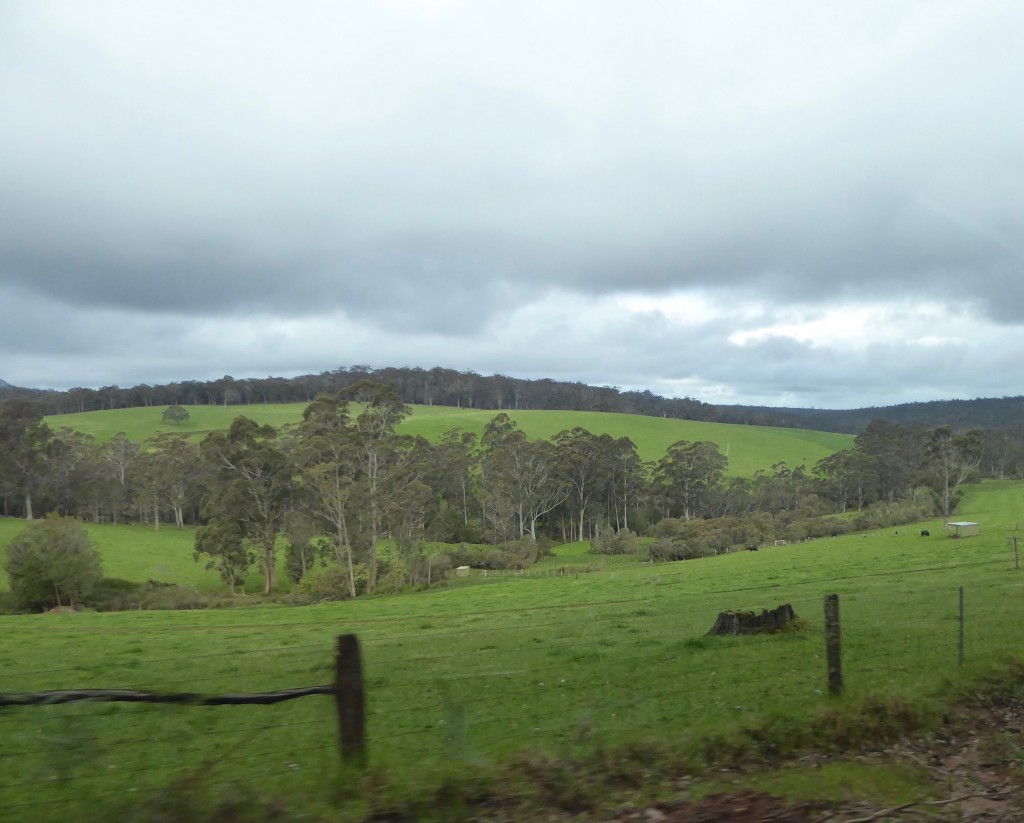 The journey eastwards from Walpole took us out of the forests, through some of the greenest grazing country anywhere, and on a recommended detour to Peaceful Bay. We can confirm that it does indeed have the BEST fish and chips in the universe. (Thanks Debbie and Steve!)  A pity it’s so far away.  Peaceful Bay also had lots of stick ant nests – impressive and, when the ants start pouring out of them towards you, formidable mounds made of earth and pieces of grass. We saw lots of them along the sides of the roads, some about two foot high. The ants are about 2 cm long. We didn’t try to find out what the sting was like. 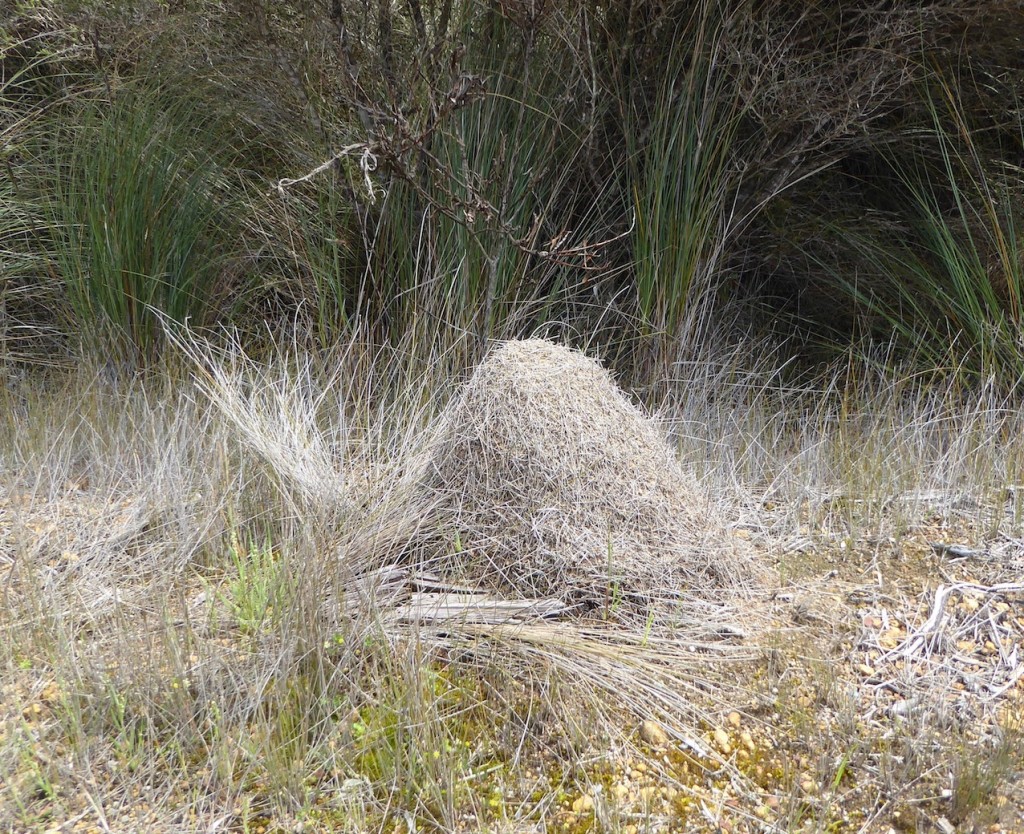 I wonder why early settlers would name a town after a whole country? My poor old Dad has enough trouble keeping up with our travels without being confused by trying to put Denmark into the mix. We arrived there under the threat of heavy rain and wind so we chickened out and booked into a little cabin upstream of the town. (Plus it was my birthday, so…)The chance of an indoor bathroom, meaning you don’t have to get dressed in heavy weather gear to go to the loo in the middle of the night, is very alluring. The old fireplace inside sealed the deal.

We spent the next day driving around the area, checking out a couple of wineries (the Harewood Estate was a beauty), and things like chocolate factories and Meaderies. I think the chocolate factory is a silly affectation. You roll up expecting to be able to taste what they sell, but all they do is dole out a couple of chocolate buttons used in manufacturing, and speak about the chocolate in hushed tones, as if too much volume would cause a meltdown. Expensive and definitely not worth it. Having said that, there was a delightful garden with a history trail of cacao and chocolate which was very interesting.   Then we came across the Meadery. We tried several different versions of honey mead. All I can say is, the fermentation of alcohol has come a long way since the Middle Ages, and thank goodness for that. We didn’t buy any mead, but we did leave with some of their wonderful Karri honey. The coastline along here is stunning – particularly Green Pool and Elephant Rocks, the latter clearly deserving of the name. 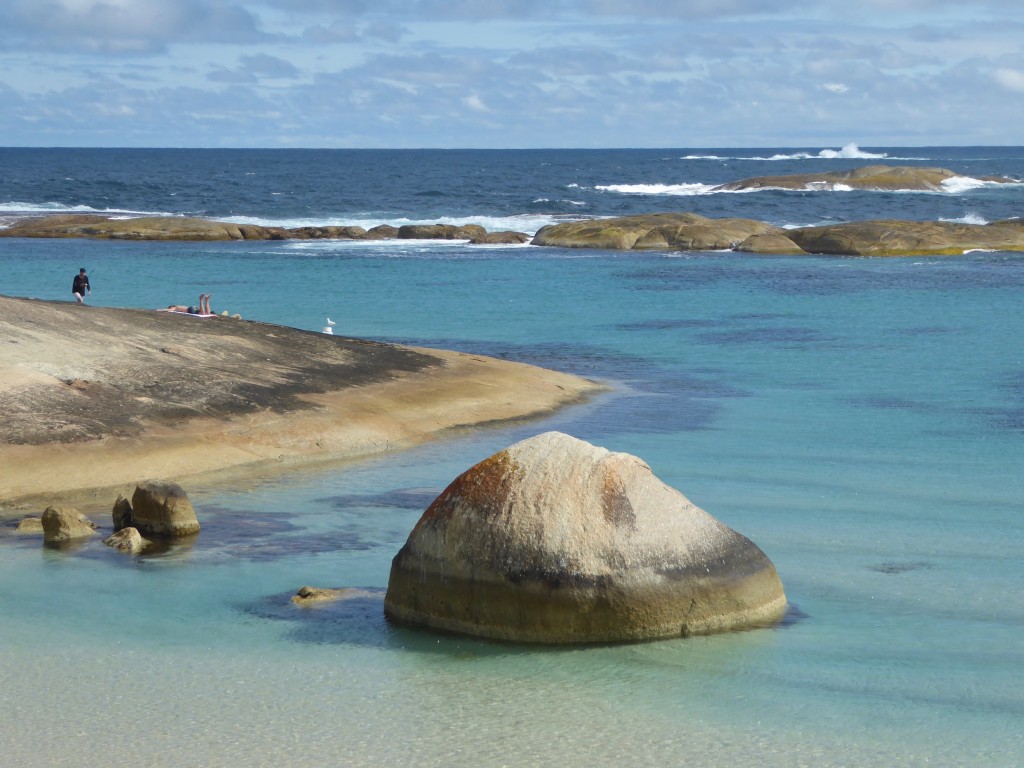 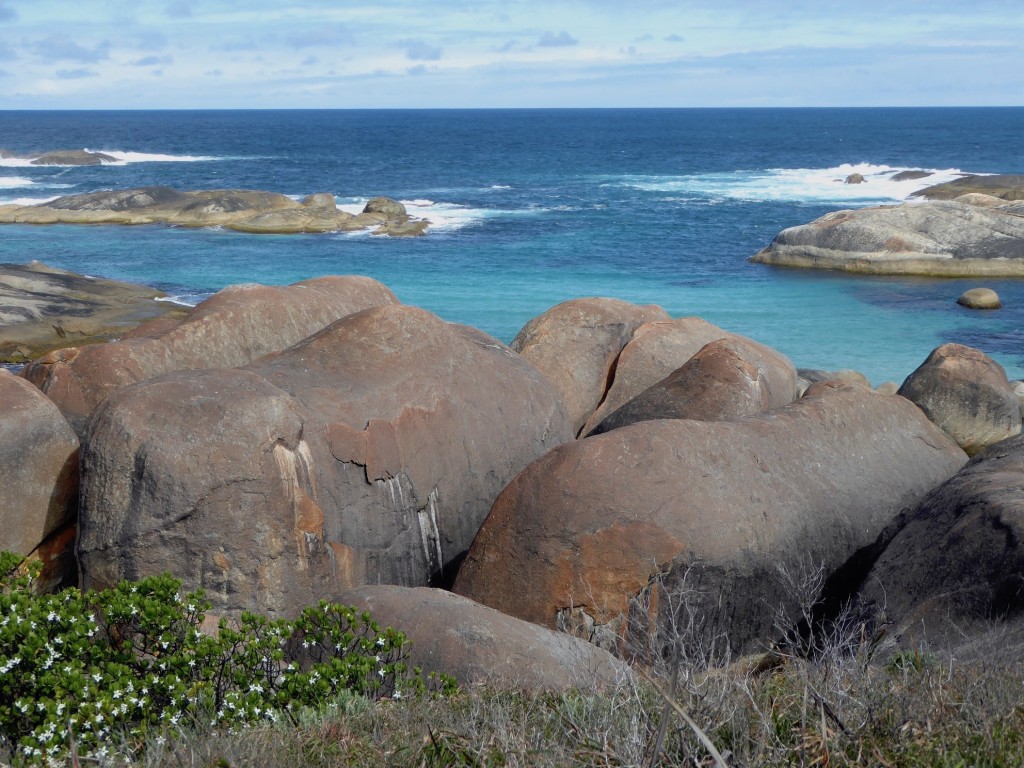 The coastline along the William Bay National Park is just breathtaking… We never knew it was here. 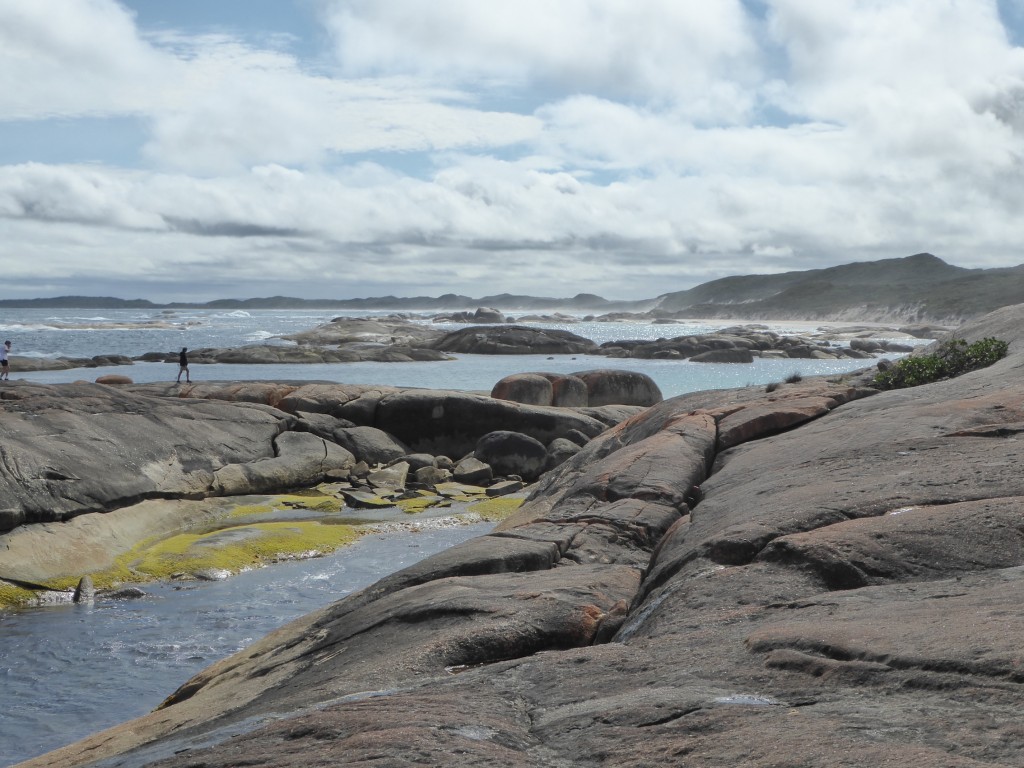 We left the main highway and followed the Lower Denmark Road, driving through more farming country, mostly cattle and sheep. West Cape Howe cab merlot is a favourite wine of ours so we just had to visit the place that gave the vineyard its name. It’s a small National Park halfway between Denmark and Albany, and boasts the most southerly point of Western Australia, at Torbay Head. 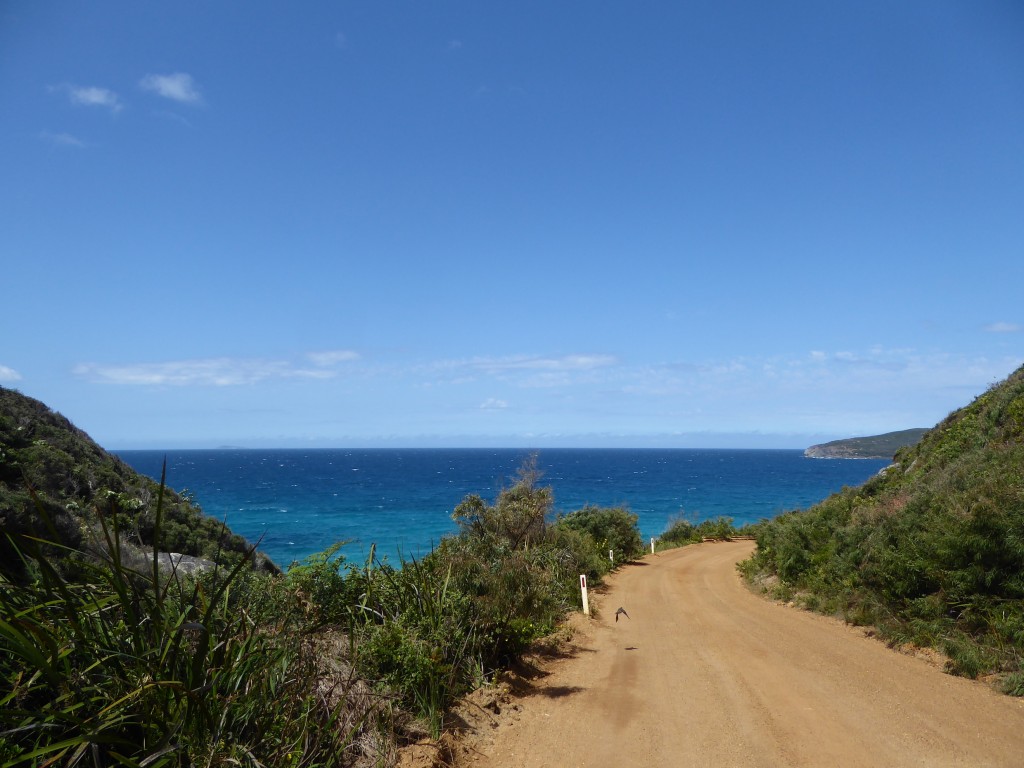 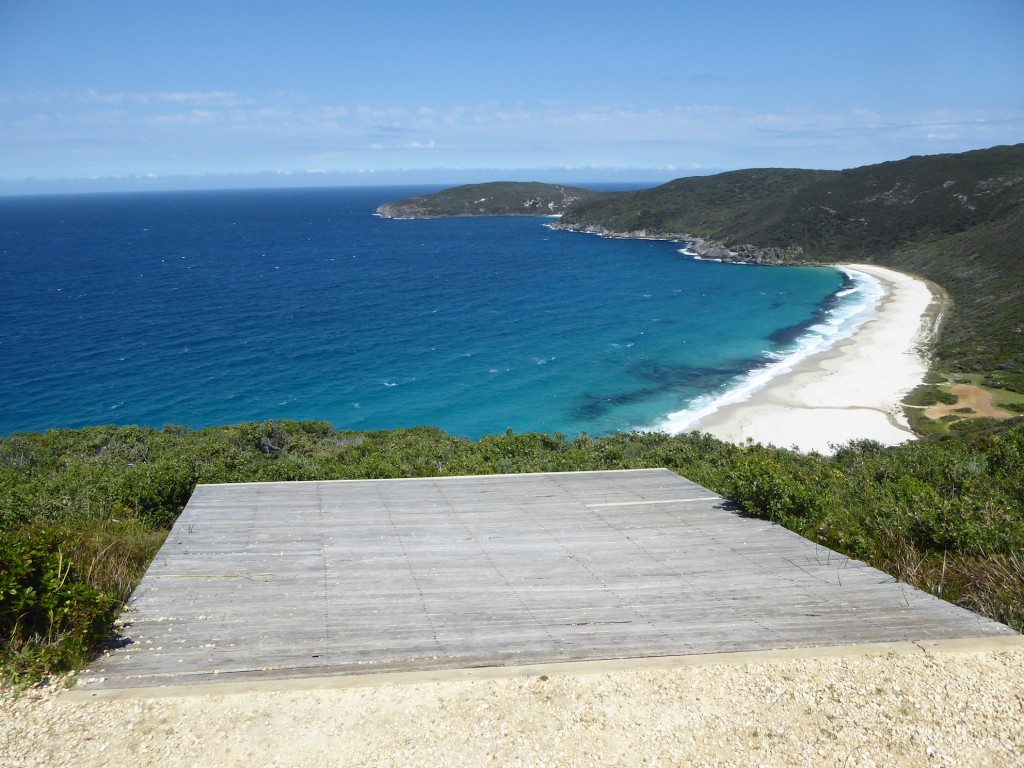 And the paragliders must love it – there were two of these ramps high above the beach.

The Bibbilmun Track is a famous walk, a thousand kilometres through some of the most beautiful country in the world. It begins at Kalamunda just east of Perth, and heads south through National Parks and the great forests, reaches the Southern Ocean a few kms west of Broke, near Walpole, and then hugs the coast till it finishes at Albany. We walked along it at West Cape Howe, high above the beach, for a couple of kilometres – only 998 to go now… You see the distinctive Track markers everywhere, and road signs warning “Hikers Crossing”, with markers where the Track intersects. We also saw a few road signs warning of “Wild Animals” which was new to us. Wondered if it was a council worker with a sense of humour. After several hundred kms of dense forest, it might be hard to tell the difference. 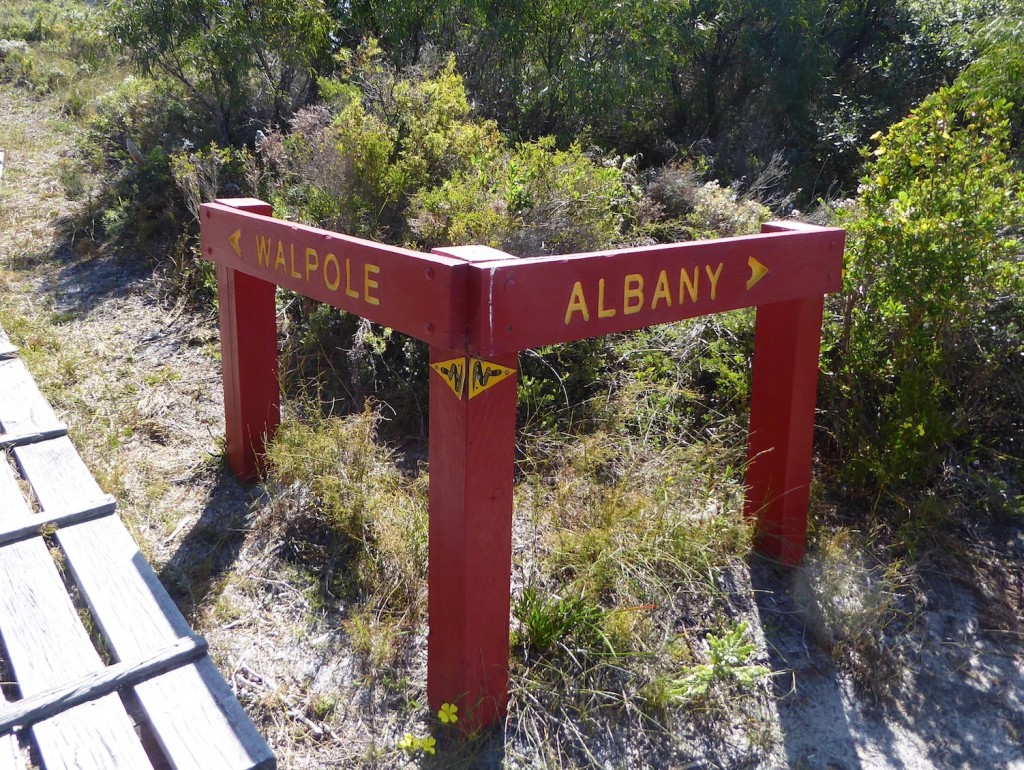 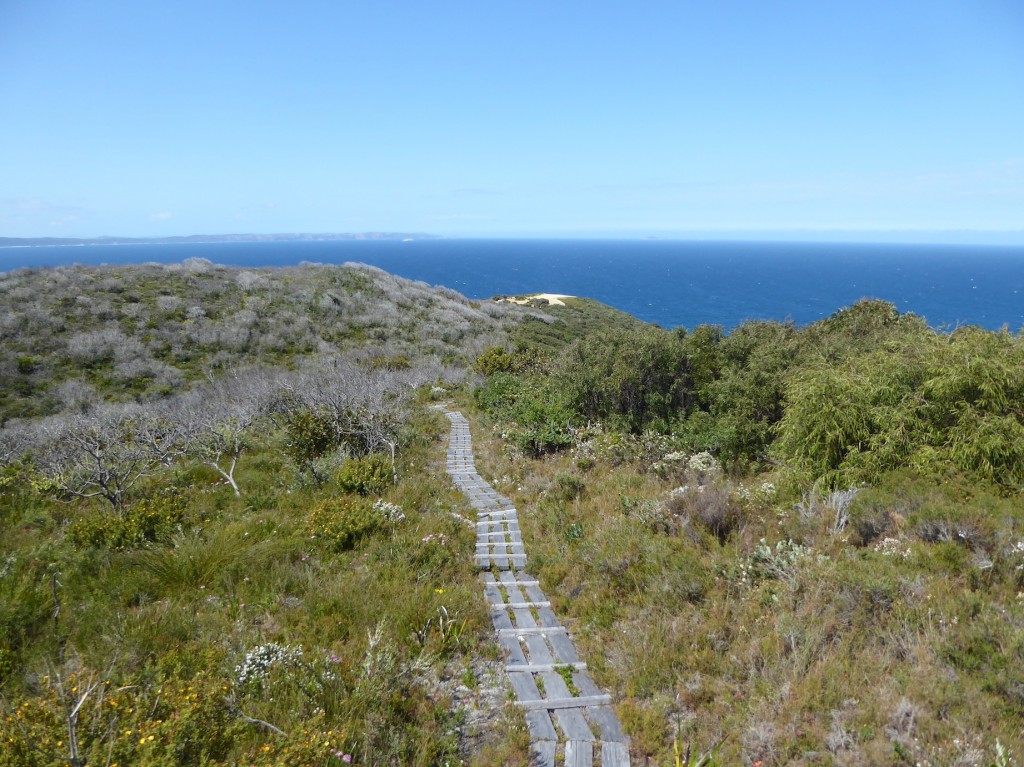 And on to Albany next – the last sight of home for thousands of soldiers during WW1.

One thought on “Denmark is not a country?” 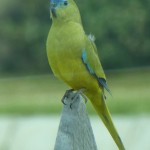